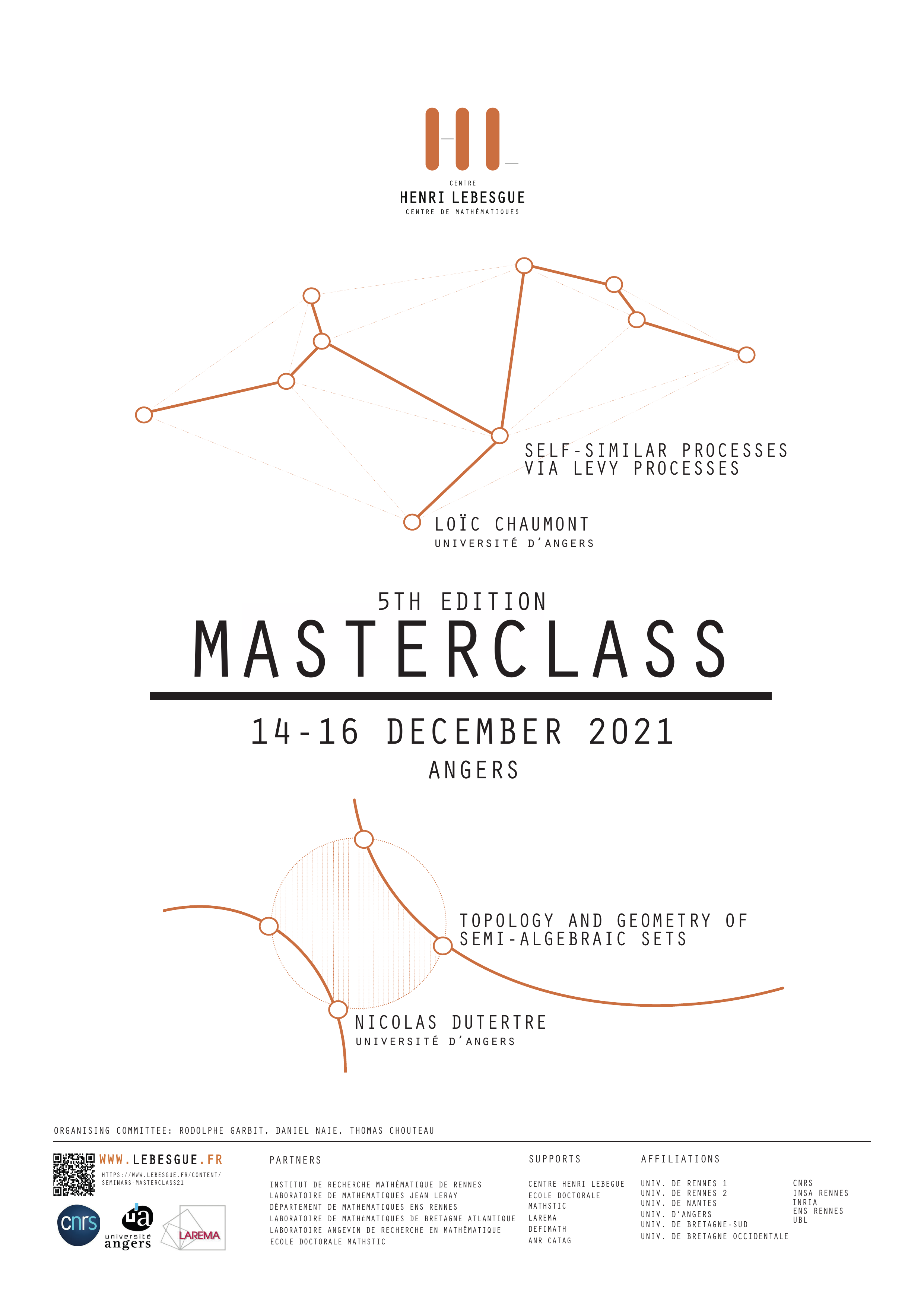 A masterclass will take place in Angers, in December 2021.

The masterclass is mainly aimed at Master 2 students, PhDs, and postdoc students.

The organization board will cover accommodation, breakfast, and lunch, but not dinner. As for the travel expenses, we will do our best in the limit of our budget. The registration deadline is November 2, 2021.