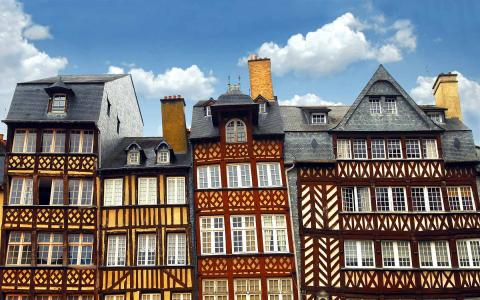 The workshop will be held in Rennes at the French Institute for Research in Computer Science and Automation (Inria) Centre.

Rennes is a vibrant university city and is the administrative capital of Brittany.

About 60,000 students, including 6000 international students

Rennes has its own small airport. Rennes airport operates flights to over 70 destinations but mostly with domestic flights (some low cost to/from the UK and Ireland).

From Rennes airport, you can reach the city centre:

It is also possible to take a flight with final destination Paris airport and take a train (TGV) from Paris to Rennes ( French national railway company website for booking tickets) . From Charles de Gaulle Airport rail station to Rennes, there are between 4 and 6 trains a day (direct, 3h to reach Rennes). From Montparnasse railway station (Paris) to Rennes, a train every 30 minutes (direct, 2h05 to reach Rennes).

Getting to Inria centre

The Inria Rennes-Bretagne Atlantique centre is located in the north-east of the city within the Beaulieu campus.

The bus is probably the most practical way to reach the Inria Rennes centre. Rennes has a large bus network (see here) and the bus ticket (1.50 euros in the subway stations or directly to the bus driver) can be used during one hour. From the city centre you need to take either bus C4 or 6 and stop at Tournebride.

There are plenty of possibilities for staying in Rennes (e.g. booking.com). Albeit some accommodations may be found close to Inria Centre, it might be more practical and comfortable to stay downtown, especially if you want to visit the city centre and enjoy restaurants and bars.

See below instances of hostels: