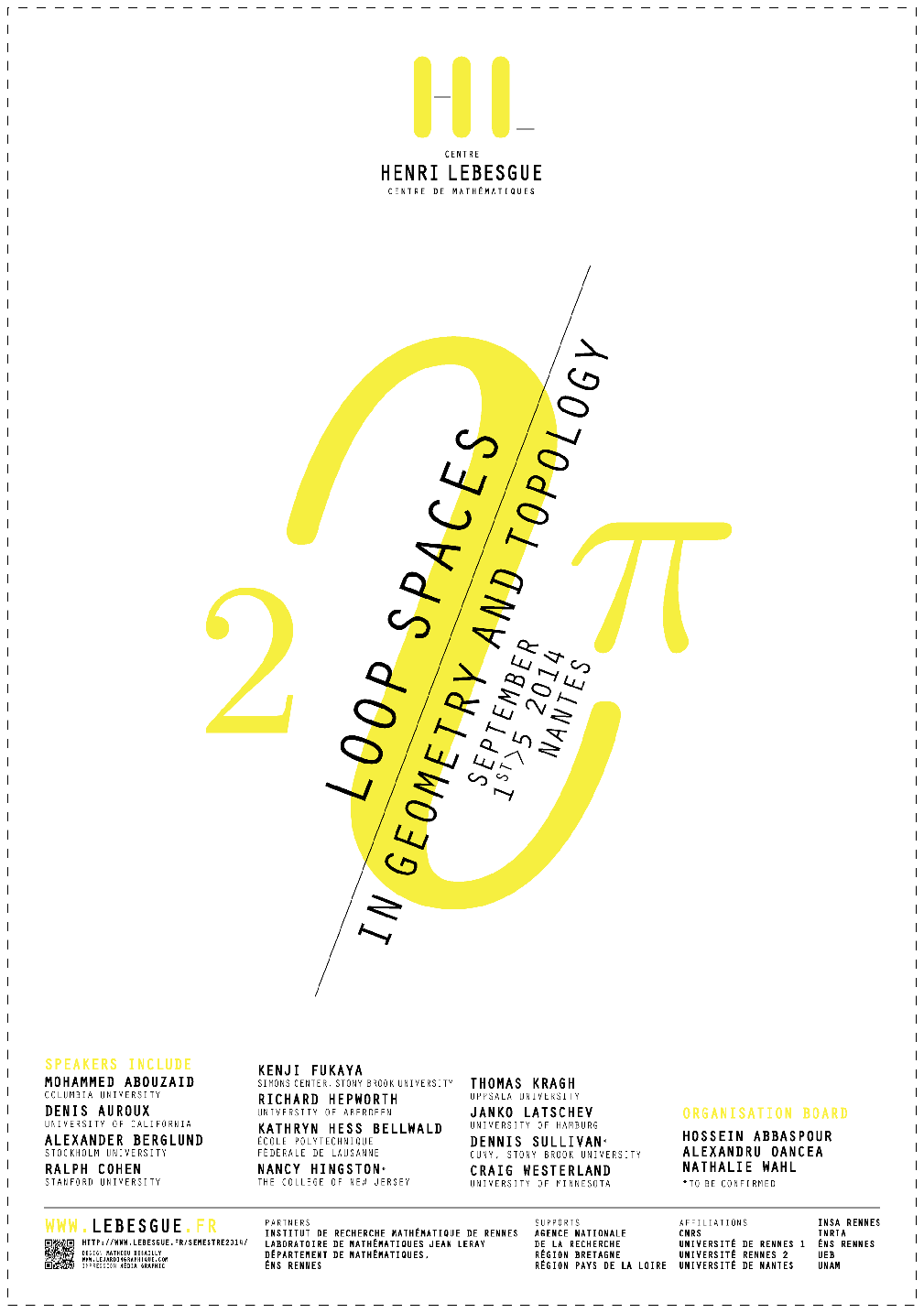 One-dimensional objects have played a central role in geometry for a long time. From lines in Euclidean spaces to geodesics in Riemannian manifolds, particular classes of real one-dimensional sub-objects of a given space, i.e. loops or paths, have been successfully used as probes for the ambient geometry. At the local level, Riemannian curvature can be classically recovered from the behavior of geodesic paths via the Jacobi equation. At the global level, landmark results such as Morse's development of the calculus of variations in the large (1929), Berger's classification of holonomy groups (1953), Gromoll and Meyer's homological criterion for the existence of infinitely many closed geodesics (1969), or its reinterpretation by Sullivan-Vigué from the viewpoint of rational homotopy theory (1976), have shown deep connections between spaces of loops and analysis, Lie group theory, or topology. From a quite different perspective, string theory considers loops and paths (strings), as well as Riemann surfaces (worldsheets), as the basic building blocks for a unified theory of matter.

On the mathematical side, symplectic geometry appears to be the most natural setup within which real 1-dimensional objects (loops/paths) interact with complex 1-dimensional objects (Riemann surfaces). Gromov's theory of pseudo-holomorphic curves (1985) and its reinterpretation by Floer as a variational theory for the unregularized gradient flow of the symplectic action functional (1987) proved to be a successful tool in order to address the Arnold and Weinstein conjectures (1986, 1979) on the existence of closed orbits/chords for Hamiltonian systems. The geometric structure of compactified moduli space of pseudo-holomorphic curves gives rise to sophisticated algebraic structures, and in particular to various homology theories such as Floer homology, (embedded) contact homology, Seiberg-Witten-Floer homology, ... In all of these theories, one introduces higher products that account for all the non-canonical choices that one needs to make in order to lift an associative product from homology to the chain level. These operations get organized into a differential which is a coderivation on a larger object known to algebraic topologists as the “Bar construction”.

Almost simultaneously and inspired by the algebraic structures encountered in quantum field theory, algebraic topologists have been trying to understand the chain complexes of free loop and path spaces of a manifold. Chas and Sullivan's natural idea of cutting and pasting loops/paths together with considering Poincaré duality for the underlying manifold has led to a plethora of operations and opened a new field known as “string topology”. In parallel to this topological approach, a lot of effort was put into understanding the algebraic structure of “algebraic loop spaces”, modeled as Hochschild complexes of DGAs or categories equipped with further structures that account for Poincaré duality in the topological setting.

The various procedures for assigning a linear object (complex, homology, category...) to a nonlinear object gave rise to rich homotopical structures. There are many striking (algebraic) similarities between the constructions and difficulties encountered in each of the previous three settings. The common desire to reorganize non-canonical choices into higher homotopies and categories has also led to more elegant formulations of geometric and topological statements in terms of derived categories and functors.

We think that the time is ripe to bring together experts and young mathematicians working in these areas. We expect fruitful interactions and hope to harvest inspiration and new ideas. To this end, we intend to have 5 mini-courses accessible to non-experts, followed by a few talks dealing with more recent developments.