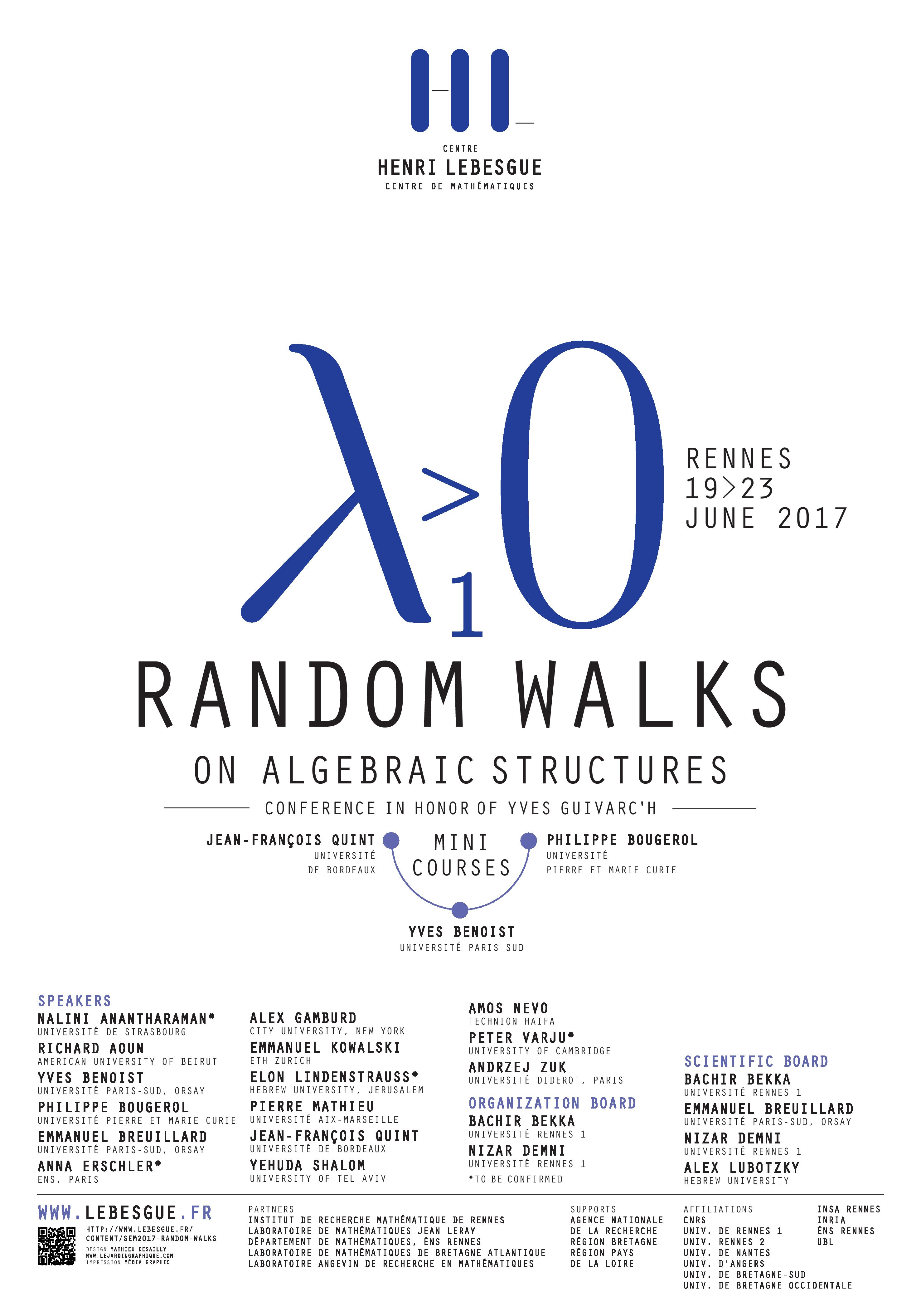 The conference deals with themes around random walks on algebraic structures. Dynamical sytems on groups, homogeneous spaces, and related structures (graphs, quantum groups , groupoids,...) are rich objects, involving various fields of mathematics (probability, group theory, topology, number theory, operator algebras, Banach space geometry, etc). They are also useful as modelling tools for other sciences (physics, computer science, economics, etc); for instance, expander graphs, which are of interest in theoretical computer science, are graphs for which the associated random walk has special spectral properties and their explicit construction involves sophisticated tools such as Kazhdan's property (T) or Selberg's inequality. The conference aims to give a flavor of the various aspects of the subject by bringing together some experts with major contributions to the field. This conference will also be the opportunity to celebrate the 80th birthday of Yves Guivarc'h, who played a major part in the development of probability on algebraic and geometric structures, a subject with an ever growing interest for the last 30 years.